MKSB
The Mark Knopfler Songbook 61 Songs
MKSB
Sultans Of Swing
As always, if you want to learn the transcribed version, check out Justin Guitar, his video is almost 10 years old, but still worth it. If you want to get inspiration, check out Joshua Lee Turner. His video is exactly 7 years old but infinitely cool. The song itself is 42 years old and obviously, I'm not the first one to review it, so I'll do something different. Instead of playing it, I'll TALK about Sultans Of Swing.

To me, the importance of this song is not in the carefully written electric guitar solos and fills, not in the simple chord progression, not in the epic extended 15 minutes performances, not in each decent cover of it gaining millions of views.

To me… it's just a song, one of more than 200 of brilliant Mark Knopfler songs. It's not the best his song for sure. It has many words in it, some say too many words, it's repetitive and it doesn't really have a melody, that's why I never understand people who are trying to make it work as an instrumental tune. As a signature song, it has all the signature parts including this… not exactly singing, but something in-between speaking and singing. So how you can translate it into something that would work as a melody I have no idea.

But what sets this song apart is how… quintessential it is. You know how you can recognise Mark's sound from a very first note? But I can recognise something different from ANY song of his. Hands down, the main lesson you can learn from Mark Knopfler is how to be positive and always look at the bright side of life.

Imagine this situation, okay? It's raining, you walk into a bar (which already sounds like a bad bar joke, but anyway), and all you can see in that bar is a couple of people and a so-called "jazz" band, which can barely play and even refuse to play some classic jazz songs you may ask them to play. Also imagine, the man steps up to the microphone and says: "Thank you and goodnight. We are The Sultans Of Swing." This story might sound inspirational now, when you already heard the song, but I bet it would make your day even more miserable, if you were sitting in that bar focusing on the negative side of things. You can't even make something like that up.

And take Dire Straits name itself — I love the play between dire straits written in lower case letters being something utterly negative — who wants to be in dire straits after all? And Dire Straits written in upper case letters being one of the best bands of all time. I mean — it's all about turning something negative into something positive, just this simple idea. The simplest idea you can think of.

And this idea is that makes all of his songs so brilliant, characters in it, situations, all it brings the true feeling of happiness and love, regardless of inspiration behind the songs. In Money For Nothing, for instance, it's just two delivery guys in an appliance store talking dirty about rock stars and you know how brilliant that song is. Love songs, end of relationships — you get Romeo And Juliet, Tunnel Of Love, Hand In Hand. Rüdiger is about a guy who's stalking you at every gig and wants you to sign everything. The big road destroyed nature around — Telegraph Road, a song about the hard process of writing songs — Private Investigations, the man killed in a brutal murder — 5:15 a.m.

You take Brothers In Arms and it has a powerful message and gives chills every time you MERELY read the lyrics. Sailing To Philadelphia is a song written in a form of a dialog between two astronomers, with one being an optimist and one being a pessimist and guess which part Mark prefer to sing? Come up and feel the sun — a new morning has begun.

On top of that, you have songs full of imagination, songs like The Ragpicker's Dream, which is like one of the happiest songs I know despite some people say it's dark and depressing even, because the idea behind this song is about everybody getting their Christmas gift, this song again is all about dignity and happiness. Songs like Heart Full Of Holes, Heart Of Oak, What It Is, you name it.

And straight up optimism anthems like Why Worry, All That Matters, Get Lucky.

So ultimately, if you ask me why I love Mark's music so much, why I listen to it so much, why I feel like home when I listen to it, why I met so many people who love his music, why this music is the soundtrack for literally half of my life, my only answer would be — optimism, period.

Now, who am I to judge, let's check out what Mark is up to? I have a great book here full of musician's quotes and interviews, including some words of wisdom from the man himself and let's see what HE thinks about it.

"Every day that I live I feel like the happiest guy in the world. That's the way of it. The fame side of it just comes with the territory."

“
What I try to do with a song is craft it. I try to craft a song with pride and I try to make something that's going to last — Mark Knopfler 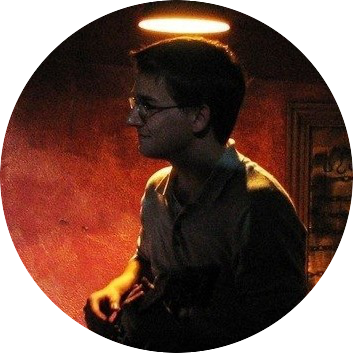